I've decided to do a little run through a Fast and the Furious inspired game, First Ride/Last Ride, despite never have seen one of those films. What the hell? It's billed as a one-player game, so no GM emulator/solitaire play tricks necessary. How good is that?

It comes in two parts, and I start with LAST RIDE, as per the authors recommendation.

I'm playing Dan, a man who used to live on the edge, pulling heists and
racing high-performance cars. Recently he has married and had a child. Is
Dan ready to settle down to peace and stability at last? Will the siren song
of danger and freedom call him back to his own life? 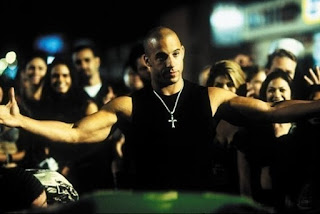 The game has a series of cards with a little vignette on it, with a questions that asks you to outline a reminiscence, then another question about the situation the gives a little tag about the character. I'm not going to write up the whole vignette there goes all the IP, I'd basically be telling you the entire game. I'll still write up my answers, though. Maybe it's a fun game for readers to guess what the questions were? Maybe not.

1.
Dan took a job where he had to drive a Suzuki Swift.  It had to be an exact replica of the marks car, with Dan dressed in exactly the same clothes. Luca and the girls intercepted the original just after the drop, with Dan appearing in the replica along the expected route. Timing was very delicate, as the Suzuki was under surveillance in a variety of spots along the way.  There could be no delay, no suspicion. It wasn't until the last second after we reached the spot that Claude jumped out of the back and all hell broke loose.  Being chased by three coupe's on a little shitbox like that is no fun.

Nothing Dan can't handle, though.

We note that Dan half-asses things.

2.
It was a bad scene. Dan was driving one-handed, holding the kid up with the other hand. She'd lost a lot of blood. He didn't want to let her lie down, she was slipping away, it seemed best to keep her conscious. Dan copped a bullet of too in the shoulder, as well as a spray of broken windscreen across his face from that last hired gun, as they let loose with an uzi across the front of the car. Dan will never forget the sound he made as he ran him down in his car and drove over the top of him.  That was just before that crazy mofo on the Kawasaki ZX10 came up beside him, tried to grab the steering wheel. Dan sent him flying off a bridge.  They may not have stopped him, but they did slow Dan down enough, just enough...

We note that Dan is sun-burned.

3.
Those times were better for Dan, he didn't have a care in the world. He made a lot of money, there never seemed to be a shortage of cash. When it all got too hot, he just up and went, down to Baja California, mostly. Never thought to tell nobody. He'd just pick up a map, there's a good spot, he was gone.  Always a good time to be had, friends, music, drinks, good times.

Those times were worse for Dan. He was running on empty. Always on the run, was this going to be the time he finally died? Would they catch up with him here? He had a gambling habit he couldn't control.  All that time spent laying low, assumed names, fake ID, did that person look at him funny? Has he been spotted. Time to run again.

We note that Dan is a good husband.

4.
Dan was supposed to pick Rackham up. It was enemy territory, things had been heated lately, it wasn't good for our crew to be out there on our own. He'd just picked up the keys when the phone rang. It was the bookie, letting him know he'd lost the bet. It was a bad one, they would be after him, no rain checks on this one, Dan had to disappear, and fast. But Rackham would be alone...

Ahh, what the hell, Rackham's a big boy. He can take care of himself. I feel more sorry for whoever tries to mess with him.

Dan was still in  hiding when they held the funeral.

We note that Dan is down for whatever. 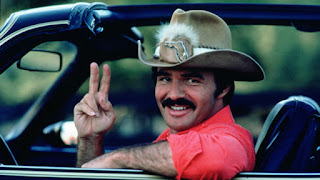 5.
Dan is definitely more afraid of himself, and what Vrag's actions might unleash in him.

We note that Dan is a fool.

6.
Dan's whole life has been full of sound and fury. He's always been on the move, and fast. Except lately, with Alicia and little Dan. He craves peace more than anything.

If he can't have that, then neither can anyone else. He will unleash hell.

We note that Dan is a murderer. 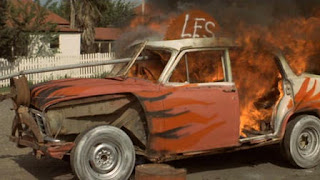 7.
What kind of man is Dan?  He half-asses things. He's sunburned. He's a good husband. He's down for whatever. He's a fool and a murderer.
He has a devil inside him. He loves deeply, and desperately wants a life he isn't capable of living.

1.
Dan took a bullet for Maceo. Vrag had them cornered, Maceo was dead to rights. Dan came crashing through, and took a .38 in the shoulder for his troubles.

We note that Dan is honest.

2.
Both Sally and Dan's old man drove a chevy. They had a thing for American cars, and never failed to give Dan a gentle ribbing when they saw him driving Japanese machines, which he usually does.

We note that Dan is not cut out for romance. 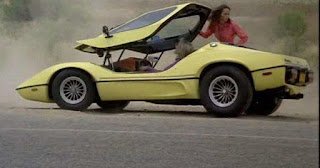 3.
Dan was in Atlantic City when he heard about his Mom. He had a wad of cash in his pocket and blood dripped from his bruised knuckles. Within five minutes he'd stolen a motorcycle and hit the road back west.

We note that Dan is impulsive and loves his old man.

4.
Back when he was only thirteen, Dan was riding shotgun with his old man. They were just going up the street to get some groceries.  All of a sudden, Dan's Father starts driving like a maniac, swerving around, top speed, completely misses his turn to the store.  Then he felt an almighty crunch. Dan noticed two things at once: First, that a big-arse 4WD had rammed them from behind, and was still pushing them; Second, that his old man had hit his head against the steering wheel and was knocked out. Dan sidled over, took the wheel and managed to point the chevy into an alleyway that the 4WD couldn't fit into, getting away.

That was the first time Dan drove a car.

We note that Dan half-asses things.

5.
Dan's greatest fear is that he can't take care of his loved ones, that he doesn't have what it takes to be a true friend, son, husband.

We note that Dan is heartless.

6.
All this stuff about codes and rep and your word and all that is bullshit. Just a lot of ego and hot air. But love, a connection, sharing your life with someone, that's meaning. That's purpose. That's something to get you out of bed in the morning.

When he can't get at it, then Dan falls into chasing sensation, thrills, easy money. And being on the move, running away. Dan is always running away.

We note that Dan can pay the bills. 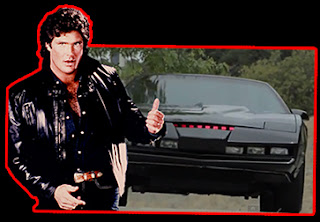 7.
Dan is honest, he is not cut out for romance, he is impulsive and loves his old man. Dan half-asses things (but not too often), he is heartless and can pay the bills.

Yet again, Dan wants what he cannot want. He is a man who loves, who yearns for love and can inspire it, but doesn't know what to do next. So he runs. He gets in his car to escape.

It seems like that just makes folks want to chase and love him all the more.